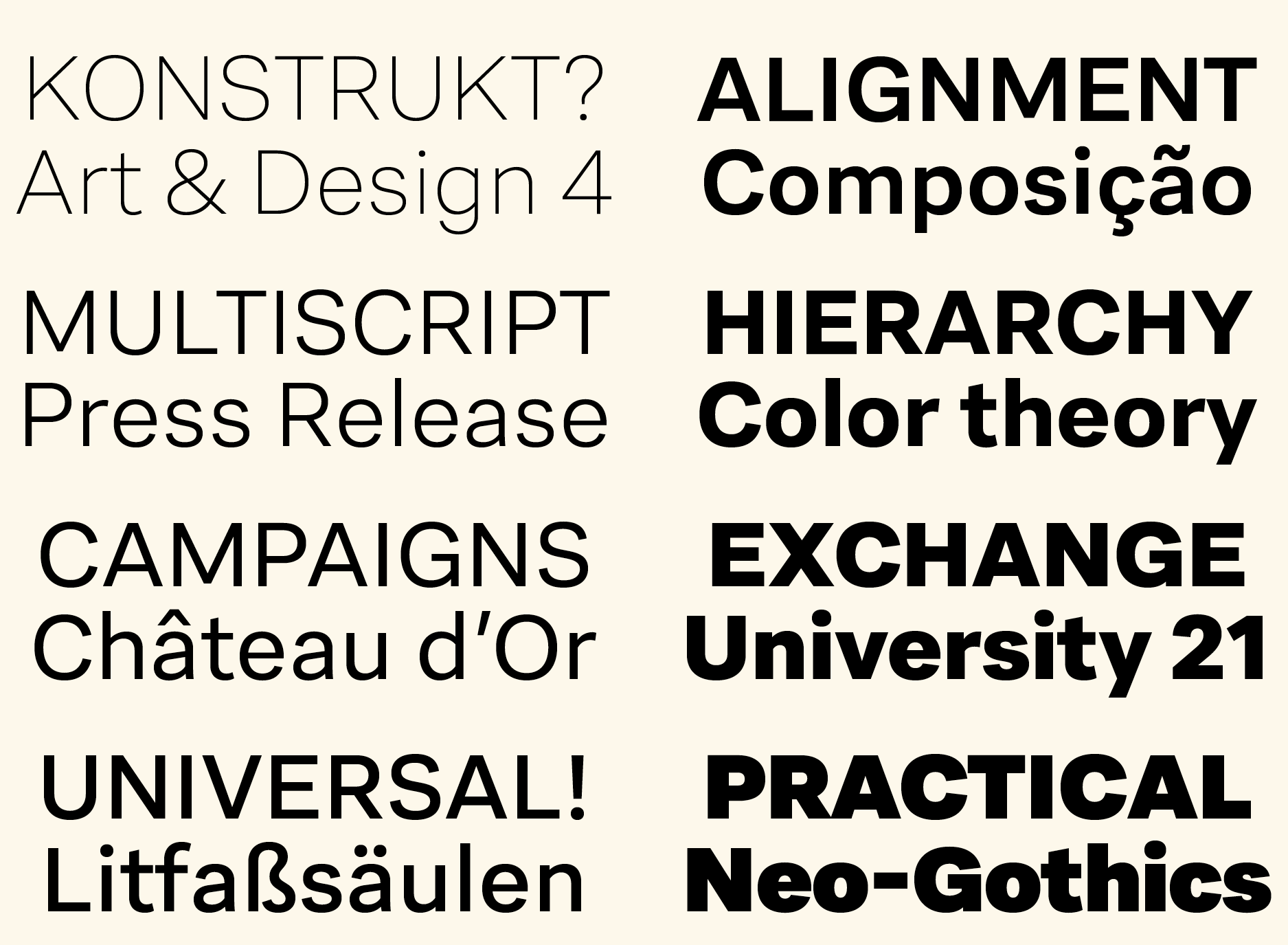 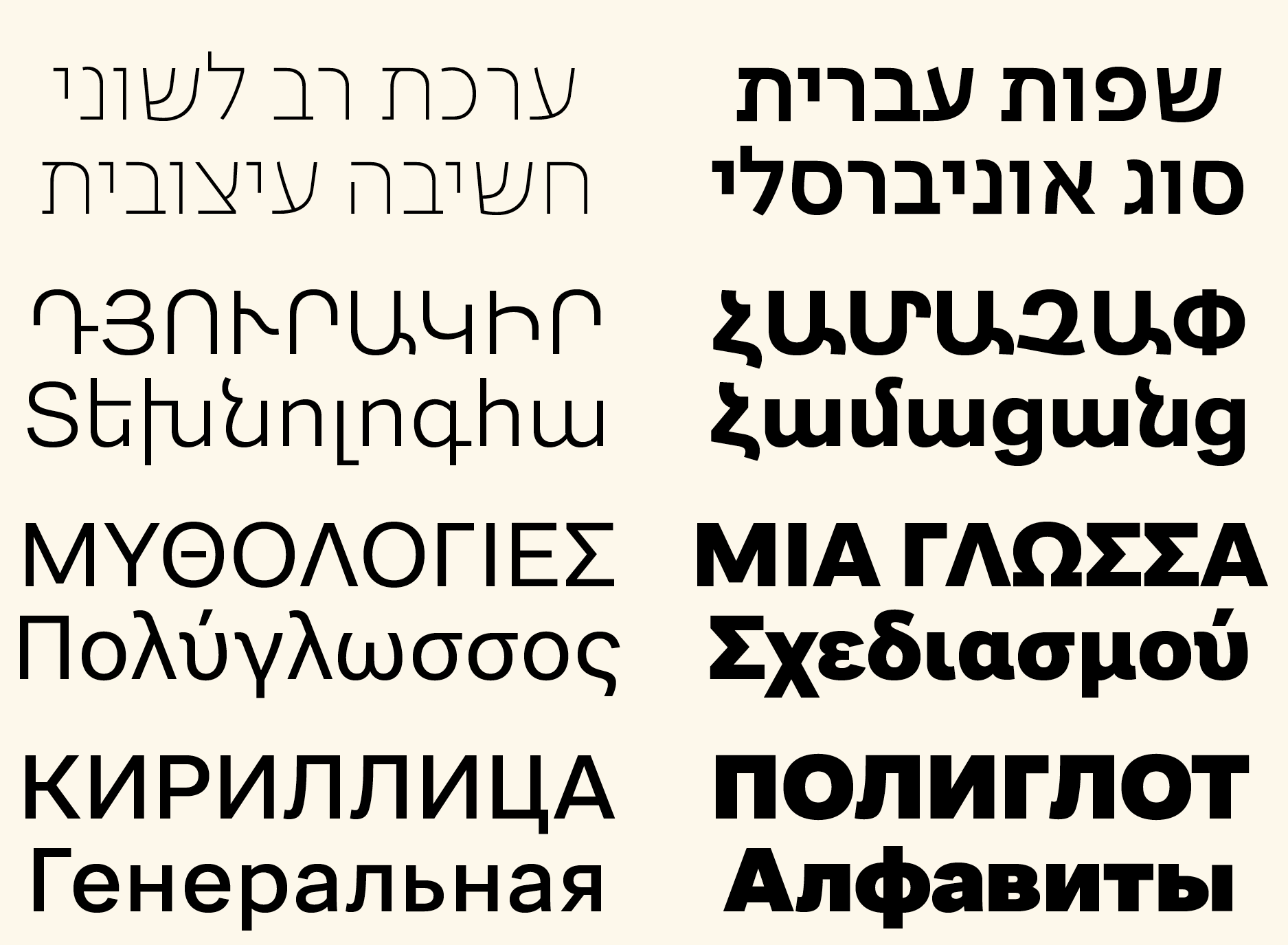 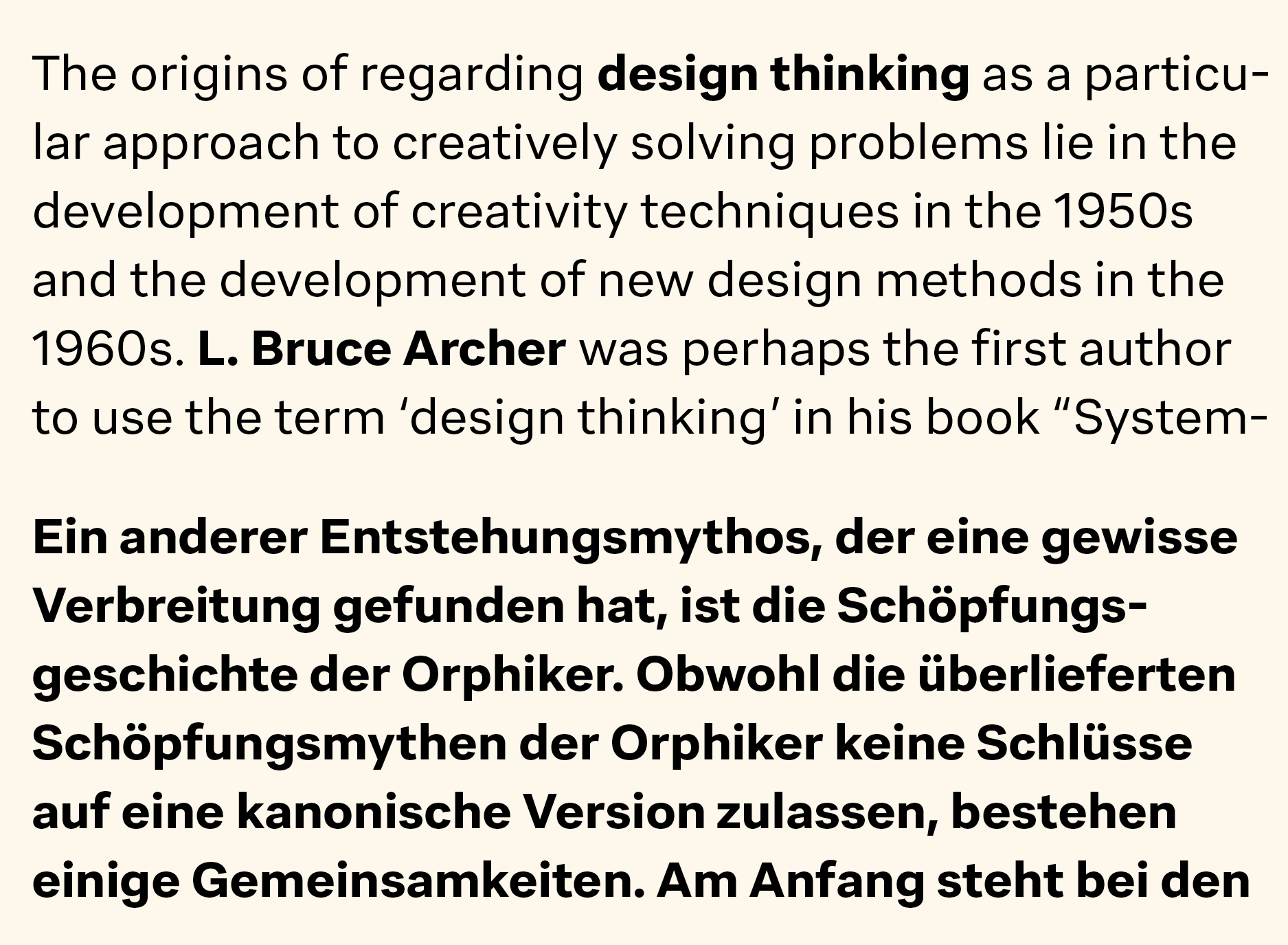 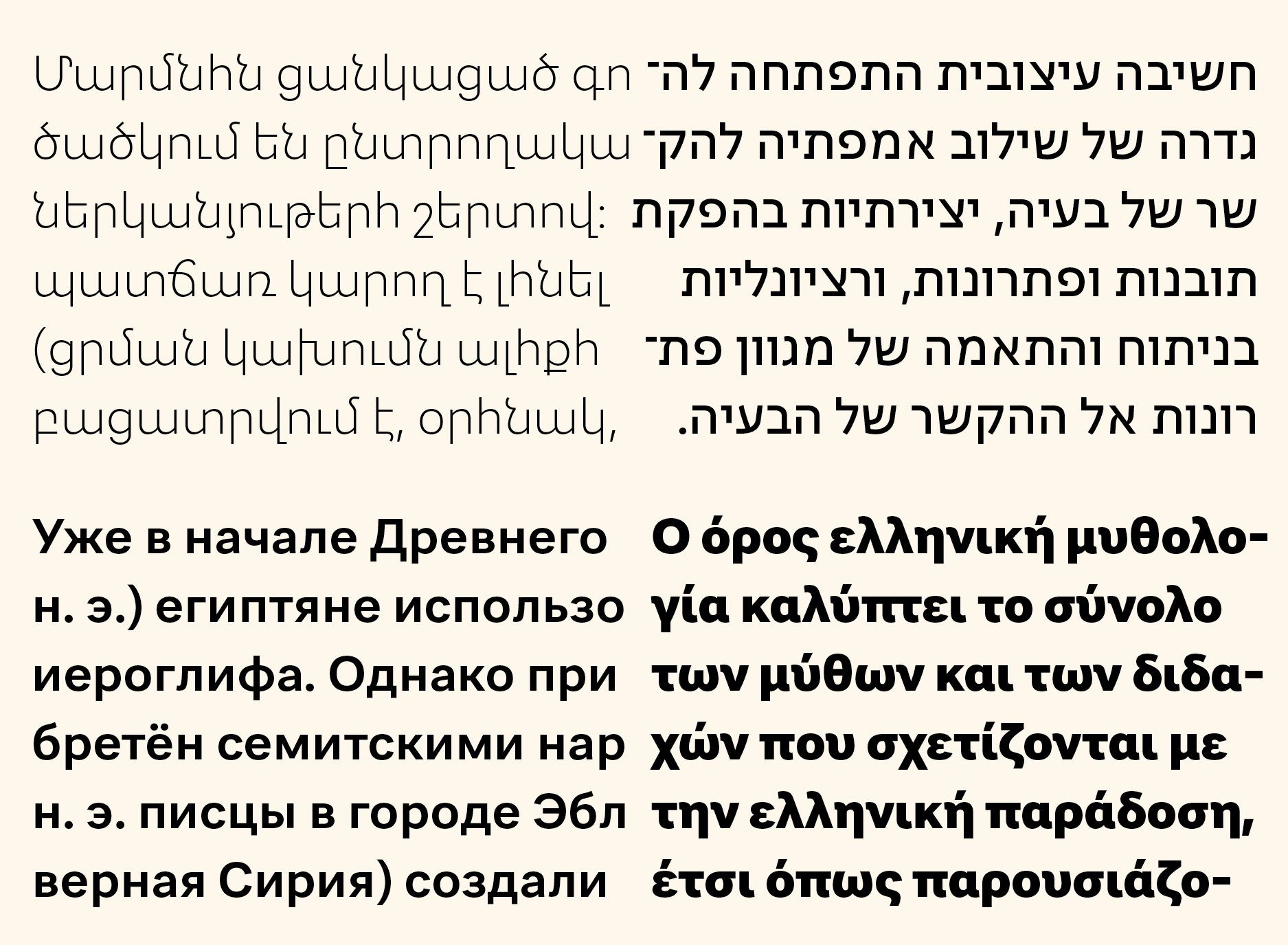 Neugro is a contemporary multi-script typeface family that blends the American Gothic and the European Neo-Grotesque style. While the general letter construction and the angled stroke terminals are closer to the Gothic model, the rather uniform-width proportions and low stroke contrast are more similar to the Neo-Grotesque style. The overall structure and spacing is on the wider end, which makes it a very robust typeface that works especially well in text sizes.

Neugro comes with an extensive language support including five world scripts: Armenian, Cyrillic, Greek, Hebrew and Latin. Furthermore Georgian and Thai are in the works.